Why I Still Don’t Have Enough Faith to Be an Atheist Online Course.

Learn to use logic, science and hard historical evidence to show why the Bible is true, and why it takes a lot more faith to be an atheist than a Christian.

There are only four basic questions you need to master to establish why Christianity is the most reasonable worldview and we will teach you to do just that!

Christianity cannot be true (nor any other worldview) if truth is relative or just true for you but not for me. The course will show you why truth is absolute and knowable, and how you can logically refute anyone who claims it isn’t..

There can be no Word of God unless God exists. You’ll learn three powerful arguments for the existence of God – two scientific and one philosophical. Those arguments will be established without any reference to the Bible.

If miracles don’t happen as most university professors believe, then Christianity is nonsense. The course will show you that not only are miracles possible, but the greatest miracle of all has already occurred and we have scientific evidence for it.

4. Is The New Testament True?

Why I Still Don’t Have Enough Faith to Be an Atheist Online Course offers the most current evidence for the Christian Worldview and answers the most common objections asked by atheists and skeptics.

We are giving you the complete 12-part study that Frank Turek presents on campuses and in churches around the world to those skeptical about Christianity and to Christians seeking to articulate a defense of their faith.

Dr. Frank Turek has been answering questions from believers and non-believers about the Christian faith for over 20 years. He has been able to narrow down the real questions behind most objections so that you won’t get diverted by rabbit trails. His study guides you through discussions and provides you with understandable and memorable answers. 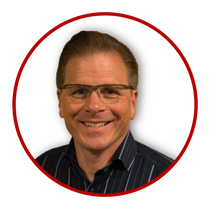 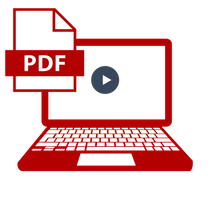 The course includes over 6 hours of video and a student workbook with further explanations and questions for thought and discussion. Each of the twelve lessons will prepare you to defend your Christian faith with boldness and effectiveness. During this study you will march logically to the inescapable truths of the Christian faith.

Become a bold apologist for God!

Here's what you get in this course!

A Spotlight video by Frank focusing on a central lesson issue

A “Toolbox” of additional lesson-enhancing videos and resources

To see samples of the videos, workbook schedule click here!

What type of payments do you accept?

Currently we accept checks and money orders, Visa, MasterCard, Discover, American Express and check cards (as long as they are connected with one of the major credit card companies listed above) as well as PayPal.

Your information is safe and secure.

In order to ensure security, all payments are processed through Authorize.net or PayPal. These are highly secure and use industry-leading technology (such as SSL) to keep your information safe.

Looking for more information? Feel free to give us a call at 1-704-845-1997 or send us an email to support@onlinechristiancourses.com.